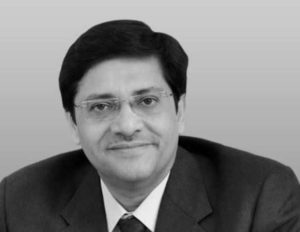 Noida-based chemical manufacturing company, GHCL, is planning to cut down its debt by Rs 100 crore through improvement in operational efficiency, Chief Financial Officer Raman Chopratold ETCFO in an interview.

GHCL operates in two businesses,chemicals segment where it manufactures soda ash, key raw material for glass and detergents, and second textiles, where it is in the business of spinning yarn and processing it to finished products like sheets. It chemical business constitutes more than 85 per cent of its profitability.

Q: What is your industry outlook? Where do you think the chemicals and textiles segments are headed?
Raman Chopra: The outlook for chemicals industry is positive mid-long term. This is since supply of soda ash is poised to remain stable while the demand prospects look bright. Every year, soda ash is seen to grow 5 per cent on the demand side. Despite the slowdown in consumption industry we have seen of late, the way forward for chemicals business still remains strong owing to this demand supply scenario.

Historically, demand for soda ash has always been ahead of its supply and we expect this trend to continue. Today the overall demand stands at 4.1 million tonne in India, the industry supplies about 3.2 million tonne, the rest is met by imports. If we look in the longer term, both domestically and internationally capacities are not being built up, and this will further favour prices of soda ash and benefit the industry.

The textiles industry on the other hand is likely to face global headwinds on an account of ongoing trade war between China and US. There has been oversupply of cotton in the international markets as China continues to liquidate. Prices of cotton have come down substantially in the recent times. But we expect the situation to improve in the long run.

Q: What do growth prospects look like for GHCL?
Raman Chopra: Growth prospects look robust for GHCL. In the chemical segment, we have added about 100,000 tonne of soda ash through brownfield project in the last financial year whose benefits we have reaped this Apr-Jun quarter and expect further to see in the remaining fiscal too.

Also, we are planning to add further 100,000 tonne of soda ash to our existing capacity, 50,000 tonne each next two years. Our capital expenditure this year stands at around Rs 350 crore.

GHCL supplies about 25 per cent of the total 4.1 million tonne soda ash demand. With the 100,000 tonne expansion stated earlier, we would be ending this fiscal at about 1.05 million tonne sales.

In a nutshell, we will continue to grow Brownfield and then subsequently Greenfield. Our focus in very clear. We have to be company which is growth oriented company and respectable organisation.

Q: What will be the major impact of US-China trade war on your business?
Raman Chopra: As far as chemical business is concerned, there could be oversupply situation for six-nine months period. This means there may be a pricing impact on soda ash. Globally, China constitutes about 45 per cent of the total demand of about 60 million tonne.

We see prices, currently around Rs 21,000 per tonne, going down by 2 per cent in the next quarter and a further 2 per cent in the subsequent quarter. But this scenario is only going to be a temporary blip as in the longer term supply is to get only constant and not further increase as capacities are not being built up. The demand supply scenario, therefore, supports the overall growth picture.

On the textiles segment, the spinning business may continue to face pressure for next 6 months as China continues to liquidate the cotton, and as prices have come down. However after the arrival of the new cotton crop in November, the situation is likely to improve.

Q: With the soda ash prices likely to go down on US-China trade war tensions, how will your margins be affected?
Raman Chopra: Despite the impact of the US-China trade war on the pricing, we would be able sustain our margins. We ended the Q1 2019-20 with around 32 per cent EBITDA margins, and hope to maintain the number. This is since the energy costs has been coming of late, and therefore on the net basis, the impact will get neutralised.

Coal prices, key component of our costs, have come down 25 per cent in the last eight months. We expect the prices to remain on the softer side only.

Q: What are the key risks you see for your business?
Raman Chopra: Besides the trade war tensions, major risks for our business include volatility in foreign exchange rate or fears of global recession. The industry imports a major 0.9 million tonne of soda ash, hence there is a significant exposure to foreign currency risks. But we don’t expect either of them to play out as such since the macroeconomic environment is relatively stable for India with inflation and current account deficit in control.

Q: Where do you think the dollar-rupee rate is headed in the short to mid-term?
Raman Chopra: Any change in the currency has an impact on the prices. When the rupee depreciates, domestic players always have the chance to increase prices. So, weak rupee helps the domestic industry.

We expect rupee to remain between 68 and 70 levels to a dollar as India’s macroeconomic fundamentals are relatively strong as pointed earlier.

Q: What is the level of debt on your books?
Raman Chopra: As of quarter ended June, our net debt stands at Rs 1,230 crore. We have brought it down by around 200 crores in the last one-and-a-half years through improvement in operational efficiencies and with other measures.

Of this debt, the working capital is about Rs 327 crore, and the rest is term debt. In this fiscal, we aim to reduce the net debt by another Rs 100 crores. Our debt to equity ratio stands at about 0.6:1, which indicates a strong position of our balance sheet. The ratio was 1.1:1 Couple of years ago.

Q: How are you going about allocating capital in your different businesses?
Raman Chopra: Major capital allocation will happen chemical business since it is a major growth driver.  The remaining spend will be dependent on market scenario. On the textiles front, we will first put the money into our spinning business, and then home textile business, because in the latter we have not been able to fully utilize our capacity. Therefore, that does not require any major capital spend at least for couple of years.

Our target is around allocating Rs 325-350 Cr back into businesses, rest of monies then can be deployed for returning to shareholders or reducing down the debt.

Q: Going forward, what will be your top priorities?
Raman Chopra: Our top focus areas will be to continue driving business growth and sustain margins amid global headwinds. Also, we would be looking at improvement in our credit rating by October. Our present rating is A+, we would be wanting this to move towards AA-.